The View From The Windscreen

Staff member
#241
Great photos Jim. Whereabouts were they taken? You're in the passenger's seat with the camera. Those mountains and that steep curving road wouldn't be out of place on a Tour de France stage.

#242
SydneyRoverP6B said:
Great photos Jim. Whereabouts were they taken? You're in the passenger's seat with the camera. Those mountains and that steep curving road wouldn't be out of place on a Tour de France stage.

Ron.
Click to expand...
Thanks Ron - I was driving, my passenger was taking the photos

Good intuition, the photos were taken in France and Spain, we headed over the Pyrenees twice.

#243
As the P5B is now up and running for the summer I took this dusk shot at a recent Brooklands classic meet. I'll try and park next to the Concorde next time...

#244
Dont know it if it's appropriate to post this reply here, I like the photo and had fun naming all the cars in the shot, however 1 or 2 elude me such as the Yellow one to right of shot and the green car extreme left middle of shot.

#246
Vauxhall? no not the VX4/90 but the green (no blue) front drivers mudguard and park light at extreme left

#248
Or perhaps an XK120? I don't think the yellow one is an MG. The leading edge of the inner wing slopes back too much. Perhaps a baby Singer?

#249
Unfortunately I checked my other photos from the night and the can't verify the other vehicles - blast. I'll try and spot them next Tuesday.

#250
Had the opportunity to follow my P6 down the road on Sunday! Not a view i get often! 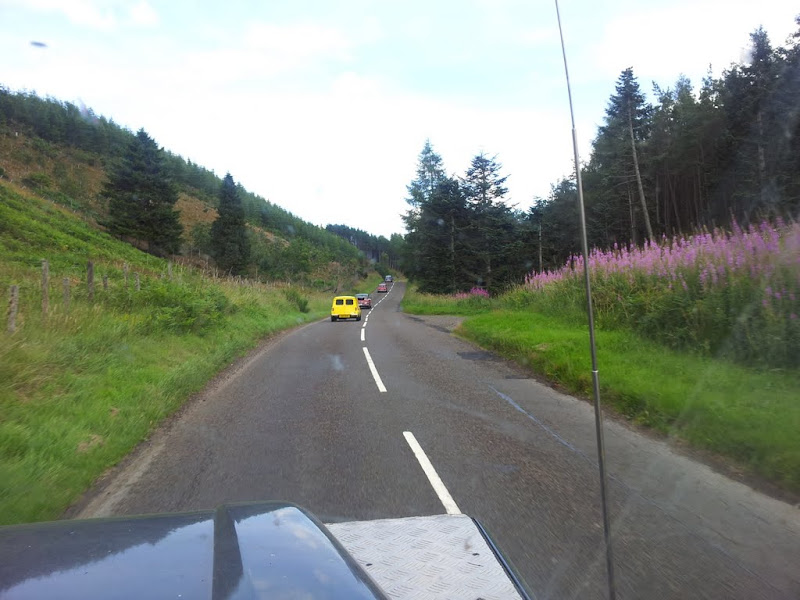 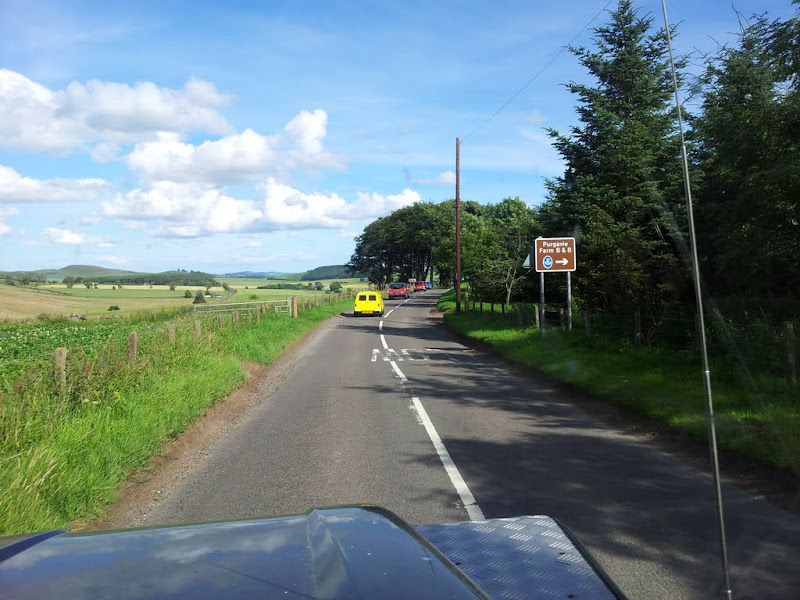 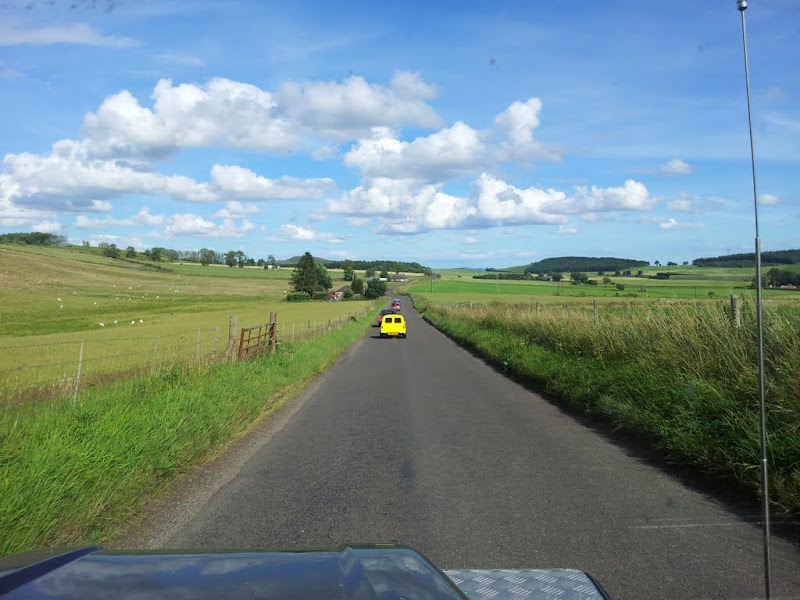 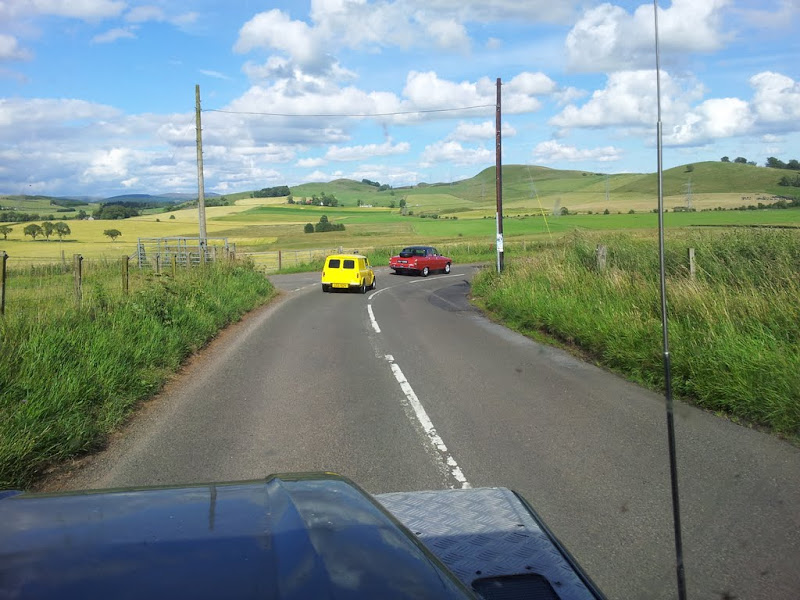 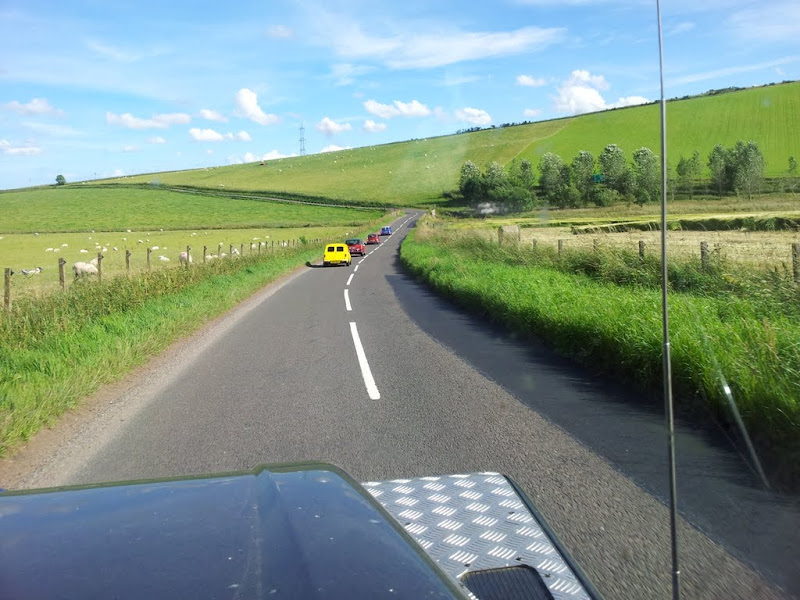 #251
Proper autumn scenery.
On my way to work, a couple of days ago.

#252
More autumn scenery, from me this time, but on video. It's from a day in early September when we had an intense electric thunderstorm with some 13000 lightning strikes recorded in an hour. There's a shot of a surreal sky that conjures "War Of the Worlds" and I recall half expecting tripod drivers to ride the lightning bolts into the ground and start wiping out humanity. For the rest of it there's noisy wipers, Joni Mitchell in the CD player and rain on the road to my house by Hafrsfjord. Hope it's not too dull :roll:

Oh, the odd wooden structure is from a European boy scout convention. It cost a reported £140 000 to build :?
J

#253
Sorry Tor, sounds wonderful, but it is tagged as private so I cannot view it.

Staff member
#255
A couple of photos as I head back from my trip to Young last Monday. It was around 6:30PM, and the temp was a very pleasant 28 degrees C or so. In this neck of the woods, you don't see too many cars.

Staff member
#256
I did a trip into Sydney last week so as to help a friend work on his Rover. The route is anything but flat comprising a mixture of suburban through to freeway running, with fuel consumption being recorded over a distance of 130 Miles (209km) in each direction.

Apart from moving through the gears after a stop, top gear is used exclusively for the remainder, no changing down for overtaking or for climbing any of the long winding steep hills being necessary. Climbing through the Blue Mountains, the speed limits constantly vary between about 30 and 50mph, which is the maximum limit. The remainder will be run off in the 60 to 70 mph bracket where permissable (2500 to 3000rpm range). Traffic lights in the Blue Mountains.

The rugged landscape near Mount Victoria. At the base of Victoria Pass.

The town of Lithgow.

Sitting behind another Mercedes Benz.

Staff member
#257
After changing the front springs in the British Racing Green Rover, a short test run followed, which is always an added photo opportunity.

My Rover parked outside.

Staff member
#259
I like that photo Phil, BOP framed nicely in a mirror image

The Sun rests on the horizon.

My Rover's headlights create their own mini Sun.

#260
In complete contrast to our antipodean colleagues, I took the Lady C on a trip to Elgin this week. For those who don't know, Elgin is in the far north of Scotland.

Crossing the Forth Bridge heading north

Off the A9 north of Aviemore the scenery changes

Next day heading south again the weather closes in

...oh and of course there would be a caravan