#2
All cars on crossplies wander and tramline. If there is play side to side that would need looking at IMHO. TRM had a P4 with excessive play in the steering, and that turned out to be the steering arm loose on the hub upright, and by "loose" I mean one bolt had fallen out completely.....

#3
That's right, a simple fix but l got recovered, put her in a lock-up garage & never used her again in anger, though l did put a new bolt in when l discovered the cause.
I always ran her on crossplies though through three years of daily use. Never found the tramlining excessive but perhaps l just got used to it & didn't notice.
H

#4
The Rovering Member said:
though l did put a new bolt in when l discovered the cause.
Click to expand...
Sod the expense.....

#5
will be test driving the P4 myself tomorrow up to 60 mph on varying roads .eg B and dual carriageway to see if 'wandering' is in fact the car or driver. he is 74 (?) and not in best health ( kidney issues) but ha bene approved to drive. he rarely drives as wife terriers him about a lot so possibly a case of slow reactions? not used to driving etc . hopefully its car fault .. I suspect near side ball joint is bit worn but I have not checked for steering box 'play' yet. if car is the problem then he will get joint changed and tyres replaced with radials. just trying to see what fits best fo r it being a rover P5 105 .. ('68?) current suggestions seem to be Michelin 175x15. MX though unsure if it will fit as spare ?

#9
Agreed re rolling circumference. I've looked on the P4 club forum (can I mention,that? ) and it would seem that many use 185s, with reference to 165 fitting for the spare, although it seems from the above post that 175 (some, if not all) will obviously fit in the spare-wheel compartment.

My understanding is that later wheels (stamped 266884), from approx late 1955, are okay for tubeless but the valves need to be the older bigger diameter type, probably not stocked by tyre fast-fit type places. Tubes might need a hole-reducer.

#10
The later P4 wheels are OK for tubeless cross plys, not radials . Unless its a tubeless wheel for radials , ie has the humps in the rim, a tube should be fitted. I had the same information from the chassis engineers when I worked for Rover Group and from Michelin when I rang them. Due to the extra grip that radials have compared with cross plys , under extreme cornering, such as an emergency swerve to avoid a collision , the tyre can be pulled off the rim with possible catastrophic results from an immediate deflation . My local ATS depot in Hereford was well aware of this when I went in for some tubes for my P4. He pointed to some early 10 inch Mini wheels behind the counter and explained the young chap had pulled the radial tyres off the rims with enthusiastic cornering . The tubes keep the seal for longer.
Conversely , tubes should Never be fitted to wheels designed for radial tubeless , with the humps.
Most youngsters at tyre depots are not familiar with tubes or the mixing of various wheels and tyres . I pointed out to a Land Rover owner a couple of weeks ago at Malvern show that his spare was a cross ply and the ones on the road wheels were radials and it is illegal to mix cross plys and radials on the same axle . He was nor aware of this.. He was OK until he needed to use it.
Talking to one of the P6 development engineers, he told me with early P6 development testing , they were cracking the wheels due to the high cornering forces generated with the then new Pirelli Radials. These were the first radials Rover had tried , previously they used exclusively cross ply tyres, and the wheels design had to improve to take these cornering loads .
Last edited: Jun 2, 2021

#11
Wandering with sideways free play at the wheel sounds like a tie rod end or the steering idler to me. Some of the early Mini wheels were prone to cracking I hear.

#12
More thoughts. So many areas to look at on a P4. Steering ball joints or idler most likely, but I seem to recall the front suspension bushes were pretty soft, and not all that durable. King pins - some people used a mix of grease and 90EP , as pure grease didnt seem to go where it did the most good. Dont forget to check the hub bearings, and get the end float correct with the vernier nut. I also recall getting good performance out of radials on my 50 P4, with 90 engine and grille, P3 box, overdive. 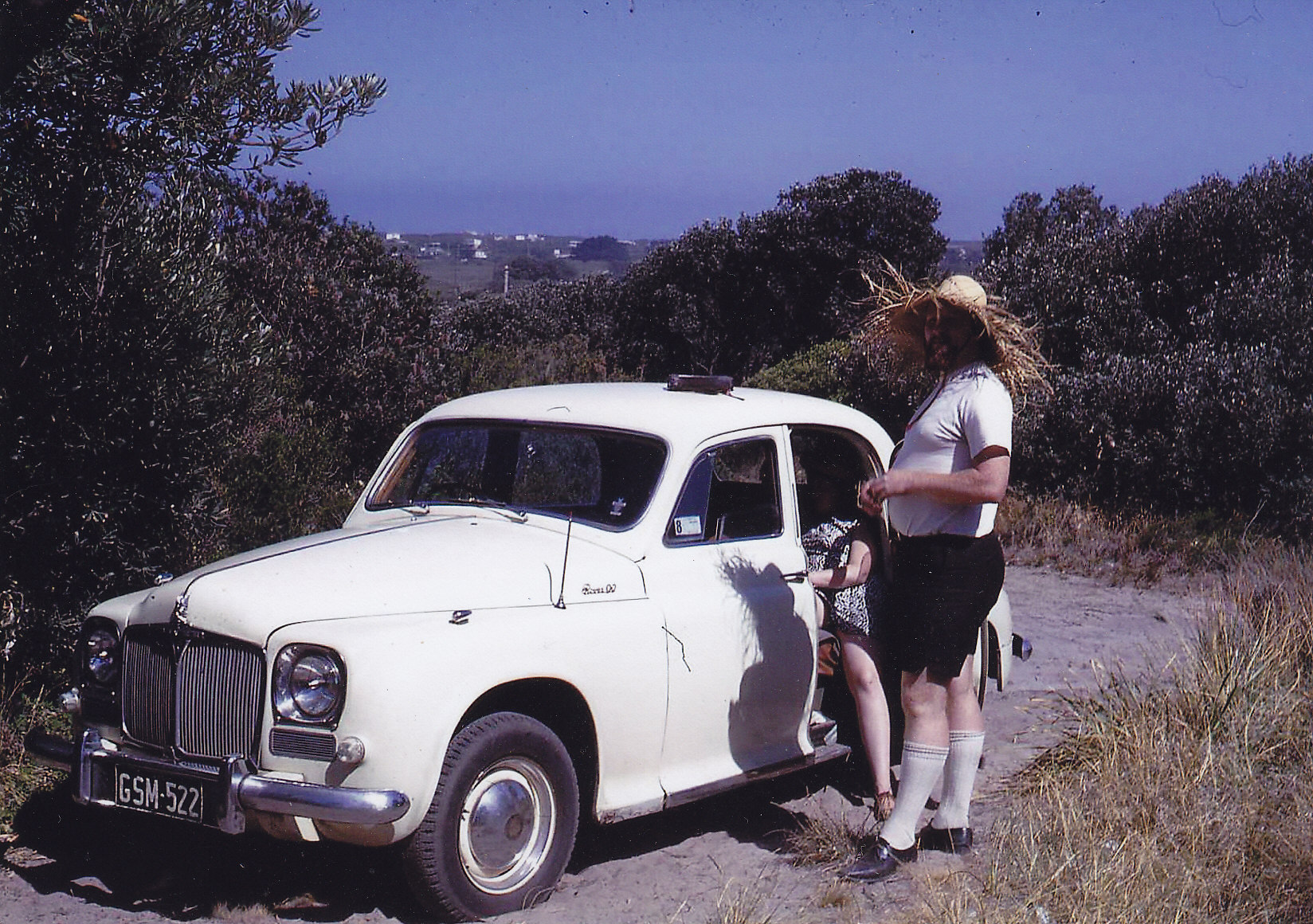