#21
Ron, the ones you are posting are later ones, and i imagine that it would be difficult to adapt.
The one that i have fitted to my TC was from an earlier Land Rover engine, and is very similar to the original P6 part.
Like this: New Viscous Fan Coupling for Range Rover Classic ERC2849 | eBay

It's worth asking the usual Land Rover parts suppliers for ERC 2849 for a better price.

#22
As far as I can tell, the P6B viscous coupling is just that and has no thermostatic capability, unlike the clutch fans we are accustomed to on more modern cars. Presumably it's role is just to limit the torque applied to the fan so that the fan reaches a certain optimum speed and goes no faster when engine revs increase. I guess that with age a little oil can be lost from the viscous coupling, reducing fan speed as a result. I've just replaced coupling and fan in my P6B with those from an old 6 cylinder Land Rover. A bit of adapting was needed and I'll give more detail if anyone is interested, but the Landie coupling and beefier fan are moving enormously more air and keeping the motor much cooler than had been the case. I can hear some fan noise now, where previously there was close to none, but it's not enough to be troublesome. The viscous coupling in the previous post from Demetris appears to be the same as the one I have fitted but it's not compatible with the P6B fan and also the unit as pulled from the old Land Rover came with an aluminium spacer between coupling and fan which is definitely necessary for a P6B.
Last edited: Feb 17, 2017

#23
Late to the party as usual, but...I have an LR viscous which is fitted the same way as the SD1 units - not bolt through, but a LH threaded female nut the screws onto the pump snout. I have adapted one of these to another make of pump - cut the LH threaded male part off a dead SD1 pump, machined its centre to be a press fit onto the pump snout, and then the LR viscous and fan can be fitted. The SD1/LR viscous are cheap these days. So, if you could get the bolt through adpater (603936) off the P6B pump shaft , and get a dead SD1 pump for the male part, you could be in business fairly cheaply. 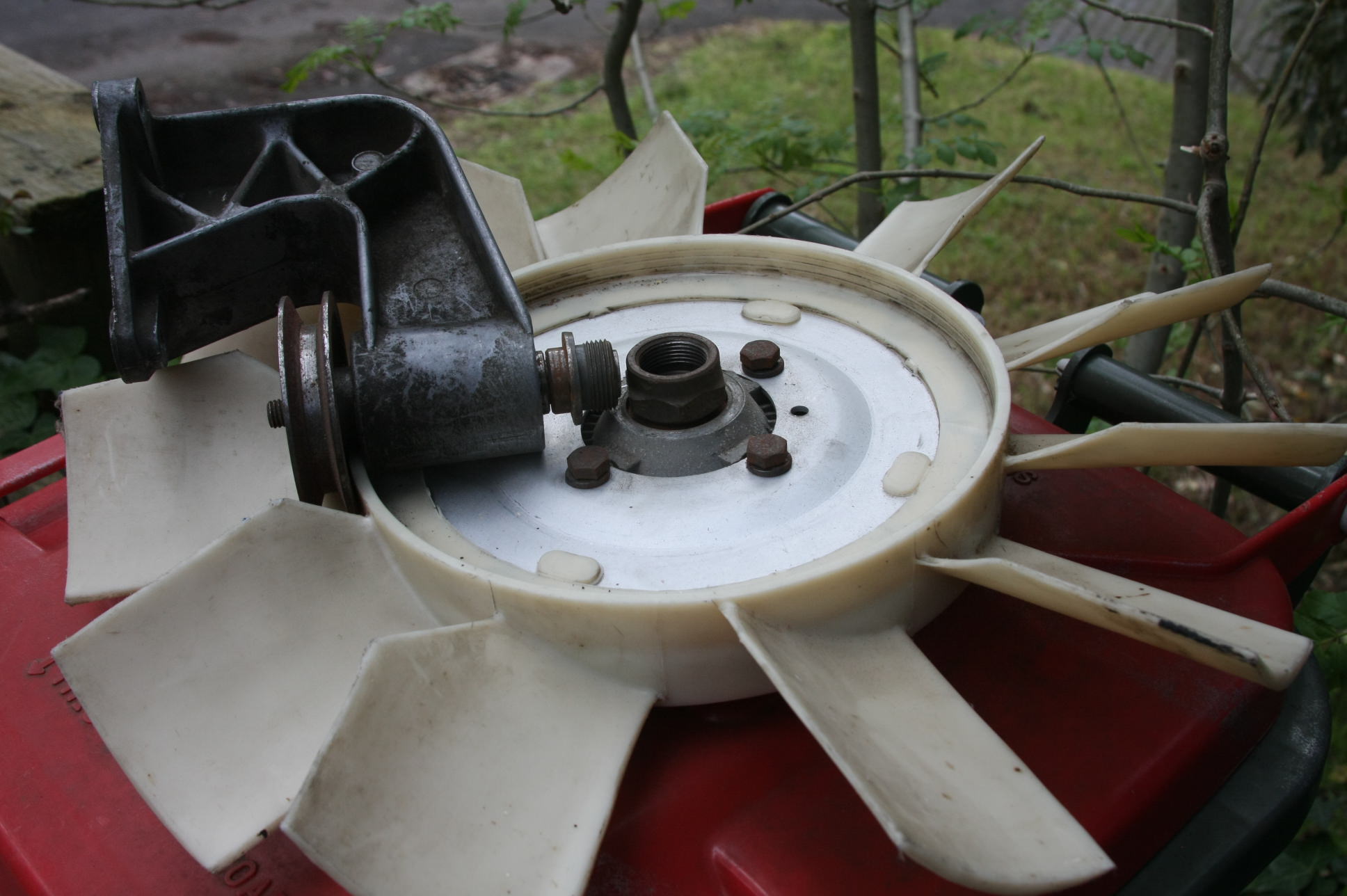 Hope it makes sense.
Re refilling the silicon in the couplings - Toyota sell (or used to?) two grades of silicon for such couplings - check your nearest dealer. Dripping it into the small opening is very slow - last time I tried I pushed it in with a small syringe. Note also that the white fan above does not last well in high temps (eg Saudi, 45C), getting radial cracks at the blade roots, and have been known to shed blades out through the bonnet - RR and Disco.
Last edited: Aug 18, 2021
You must log in or register to reply here.
Share: Facebook Twitter Google+ Reddit Pinterest Tumblr WhatsApp Email Link
Top