Has anyone bought a stainless exhaust for a v8 recently? I am looking for a decent fitting system that is not too loud.

#22
Struck down with a bit of man flu but have been trying to do a bit of work on the car as it is almost a year since I picked it up.

Due to it being off the road for over 30 year the hydraulics are needing a rebuild.

I have looked at what is available and decided to get the orginals refurbished.

Got the Clutch master off (what a PITA the v8 set up is) a few weeks ago and it was siezed solid. I stripped it off and the piston was really stuck so I gave it a good soak with WD40 and used a bit of heat which obviously didnt shift the piston but I was able to whack the piston and it moved so must have helped.

The piston was still reluctant to come out and the air line didnt help. I remember being told about pumping grease in so have a rumage about and found a grease nippple. I drilled out a brake union and bingo. it started to come out in a controlled manner which is great.

Just got the rest to do now. 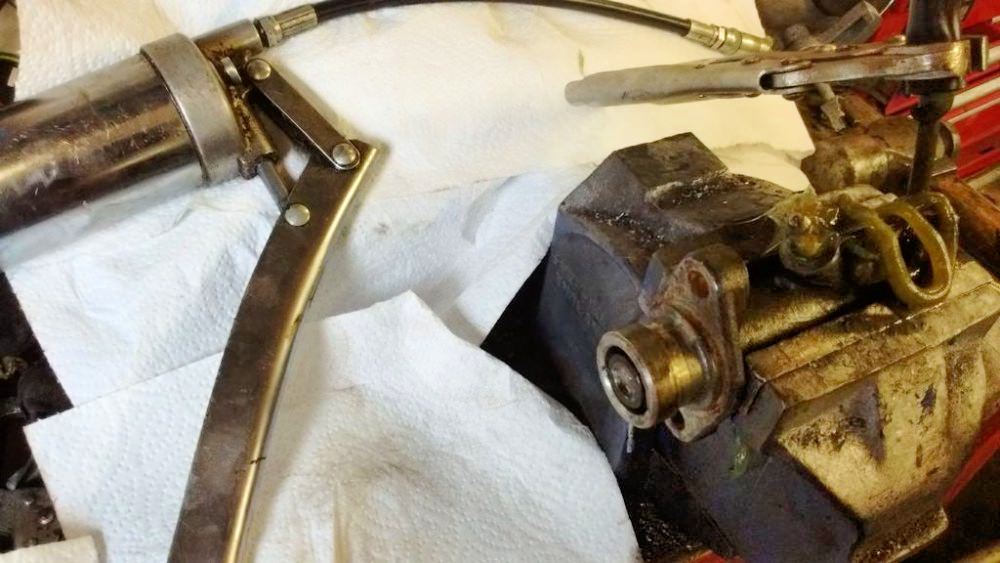 did the late v8 stick to imperial threads for the front calipers or change to metric?
H

#24
AFAIK the calipers didn't change, so the threads won't have changed either.

I know that the type 16 ones did but wasnt sure about the V8 ones.

Rather than taking the calipers off the car I was wrestling with a spare set I must have had for about 10 years or more. Managed to get all the pistons out using the grease gun trick, I was sure a few were not going to play ball especially the clutch slave but it was all good. Disappointingly though I had a spare set of rear calipers in the garage I was going to send off but when I dug them out parts are missing so I will need to take mine off the car. So I am looking forward to that fight.

Took a few pics while underneath, on my list was core plugs but will need to add fuel lines to that ever growing list.

I didn't realise that the V8 gearbox had fins underneath, does the blue paint mean anything?

Also got call from Gower and Lee to say my carbs are ready to be sent out, so looking forward to getting them next week. 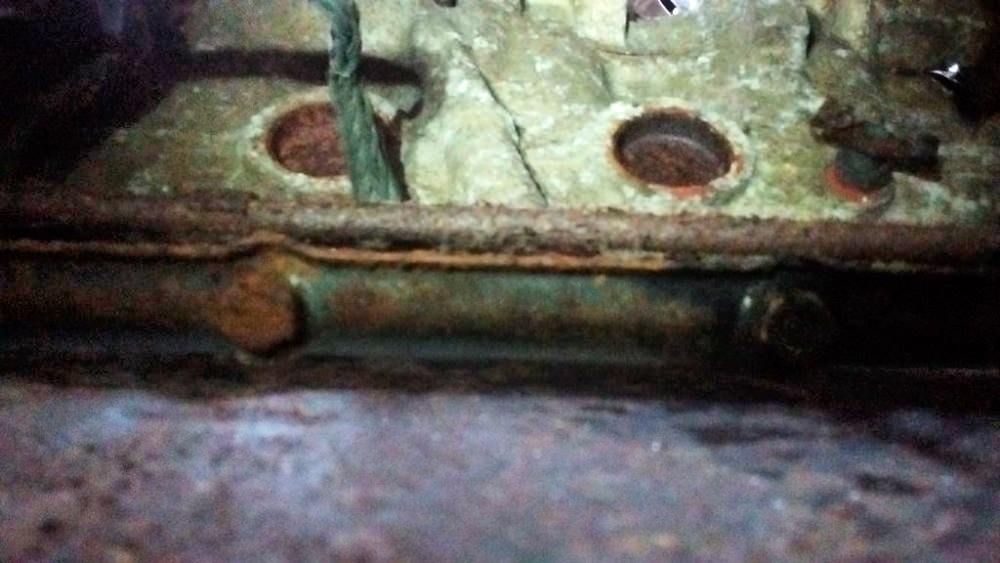 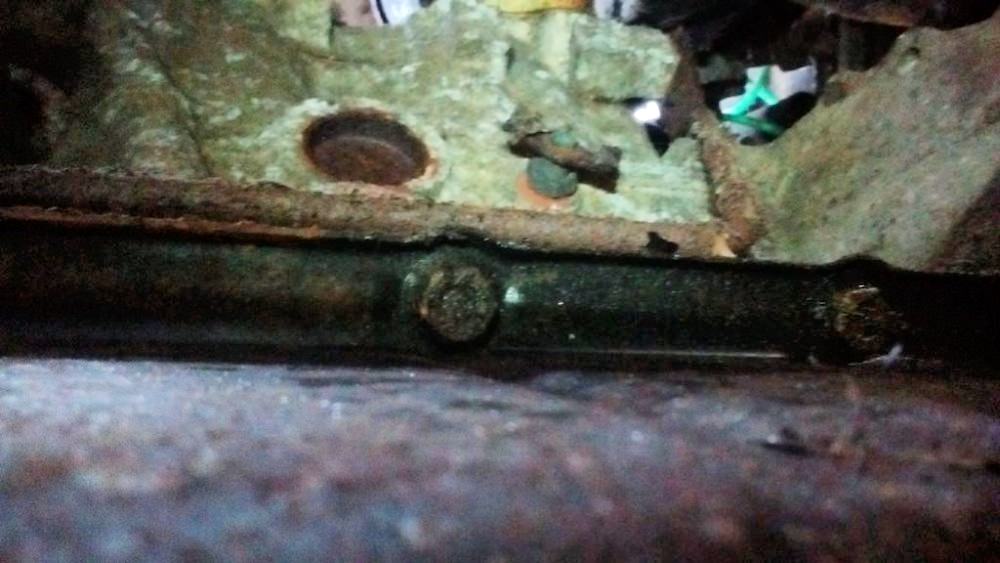 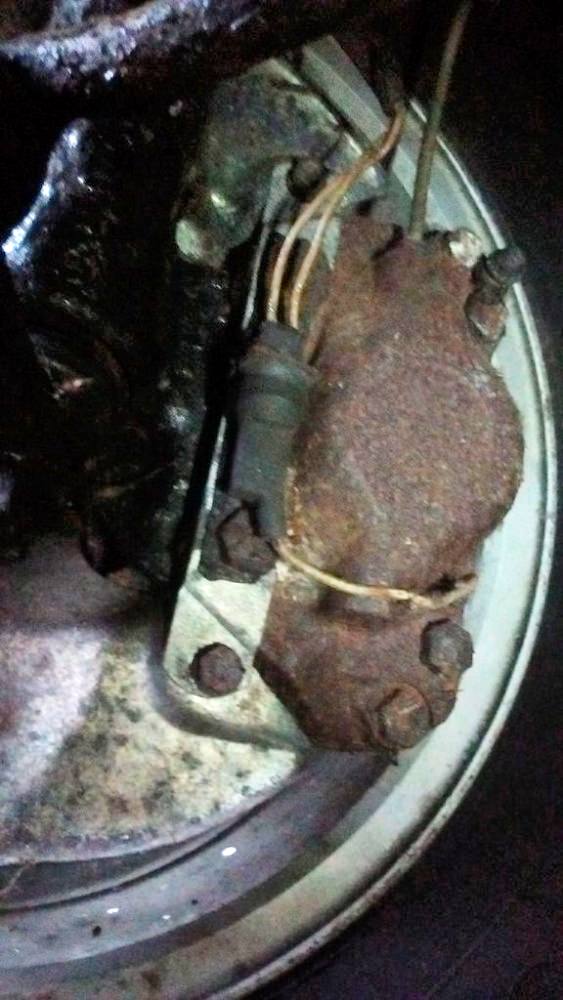 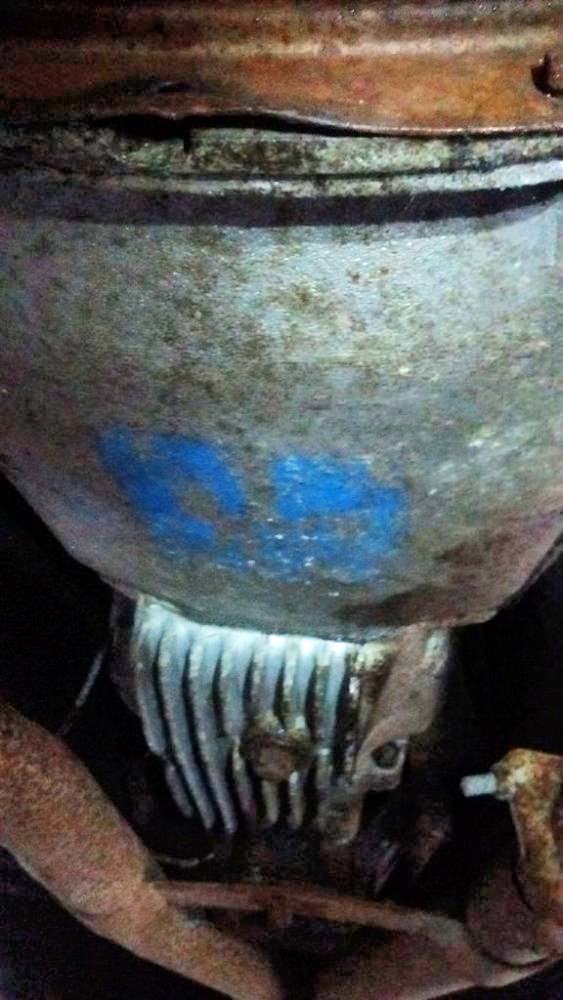 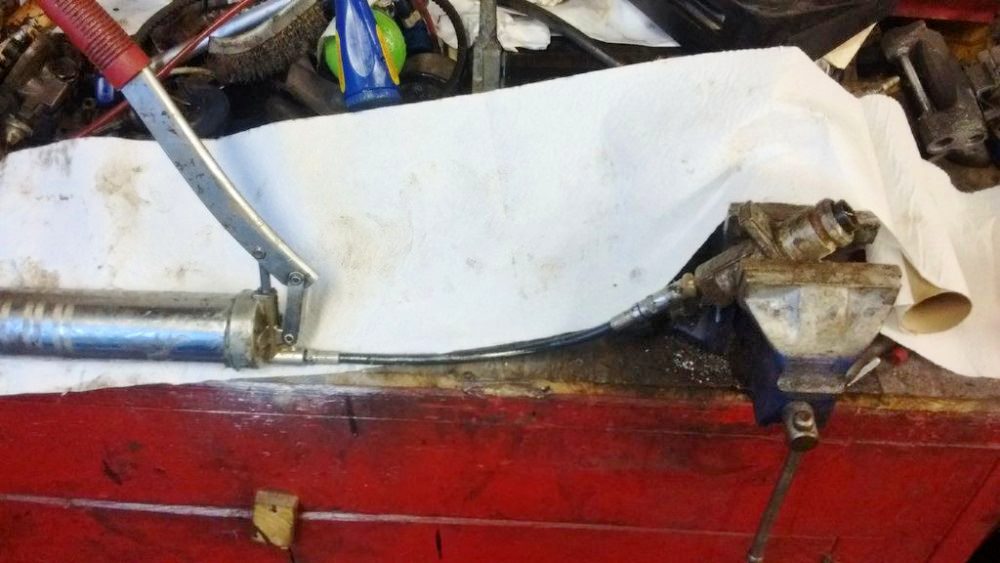 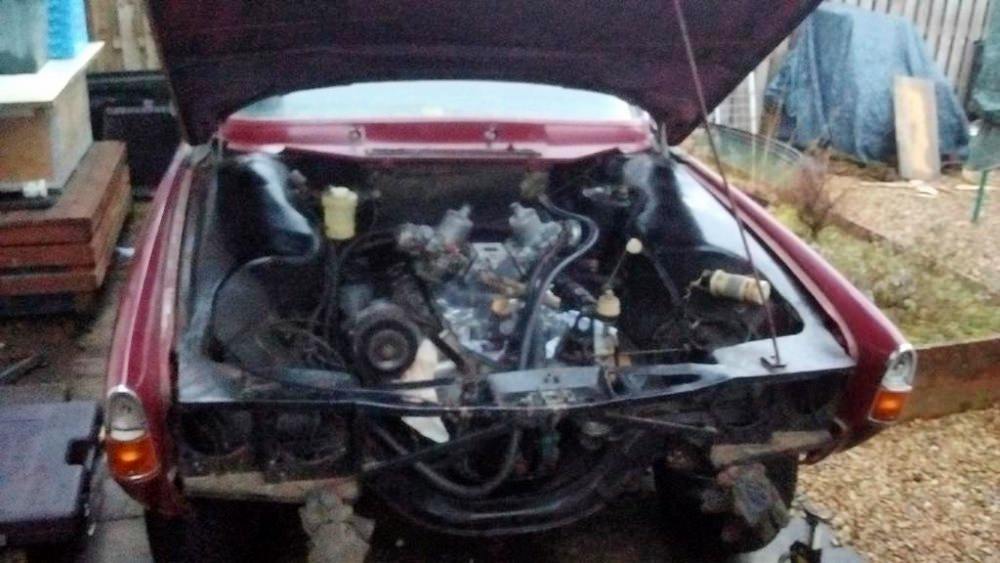 #26
arthuy said:
I didnt realise that the V8 gearbax had fins underneath, does the blue paint mean anything?
Click to expand...
The fins are for oil cooling I would think. The blue mark doesn't mean anything to me, it's probably been put on there by someone to identify their work.

I will be pulling the engine and box out to give them an once over in the next few months.

Just shows that cars which are parked up need close inspection.

#28
Blue Mark could have been a breakers yard Mark to identify it if you took it back.

#29
Possible but in this case unlikely.

I have seen paint on other rover boxes in various colours, I thought the factory used it as a way of identifying the build/ratios of the boxes quickly just wasnt sure if the blue identified anything.
Last edited: Mar 11, 2017

#31
Chalky said:
Mark is on the bell housing though not on the box
Click to expand...
You can't remove the bellhousing from the box.

#32
harveyp6 said:
You can't remove the bellhousing from the box.
Click to expand...
Ok the mark is on the box that's blown that theory!

I got the concours refurb, it is a bit more expensive but worth it in my opinion. 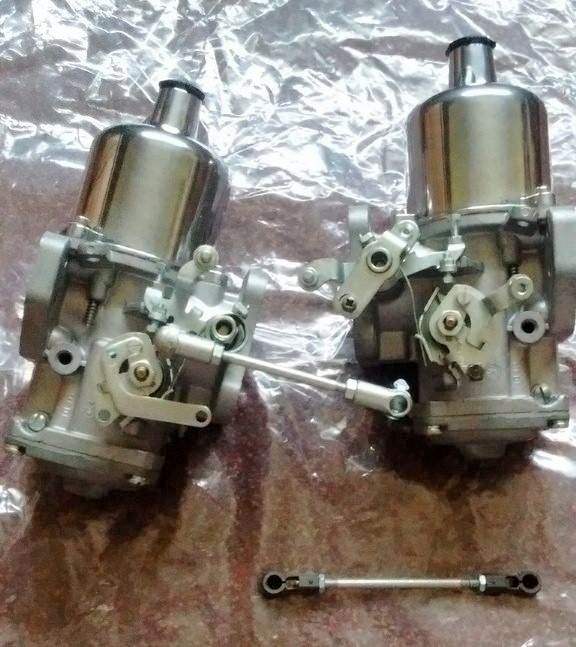 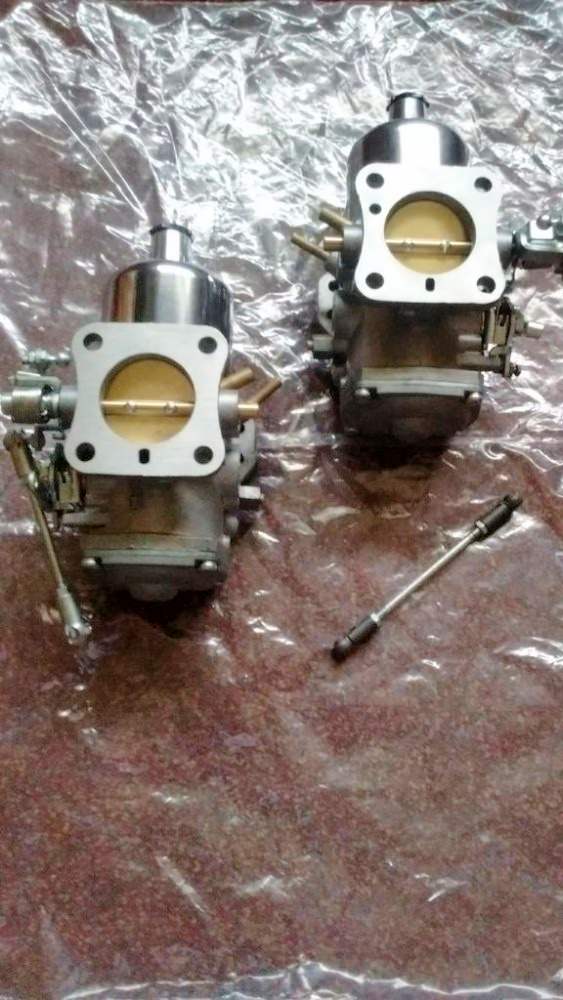 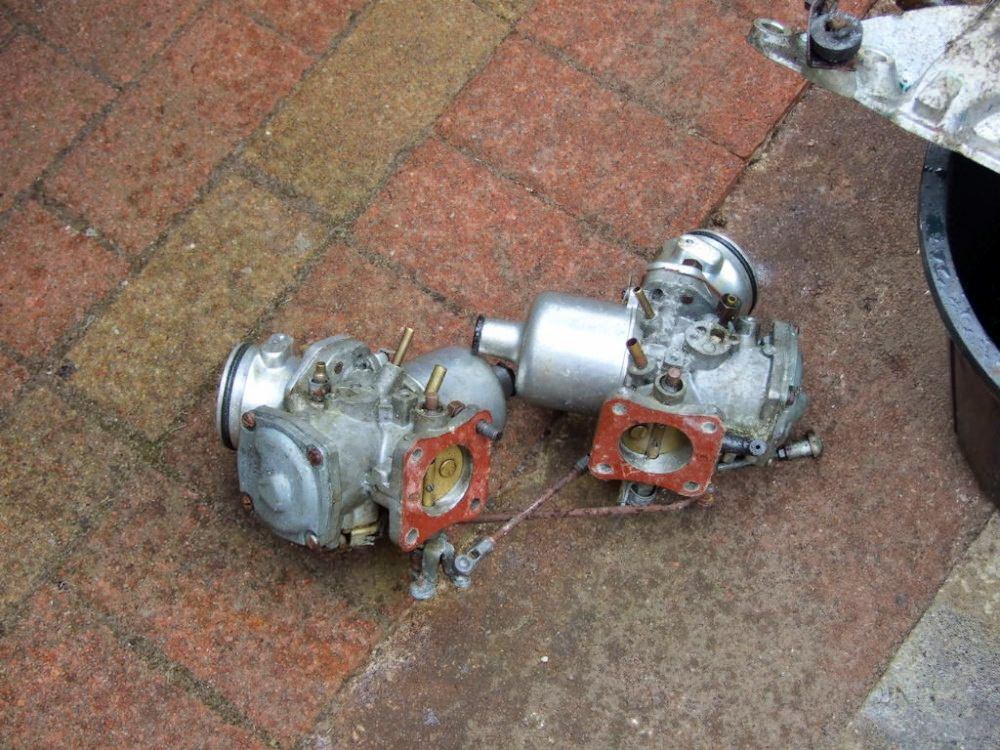 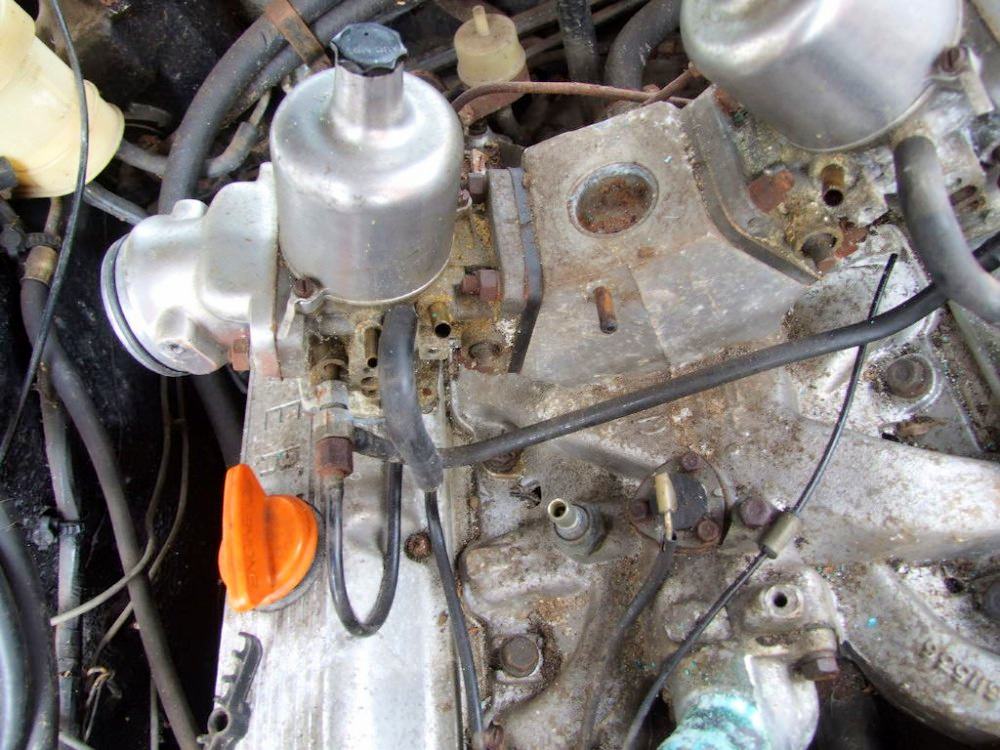 #36
Good to see the poppet valves have been dispensed with.

#37
I dont think they tend to fit them on the overhauls, not a bad thing.

I am looking for a few odds and ends. As the fuel pipe is corroded I will change it for a decent second hand one.

Also looking for some tips on how to paint the engine bay. looking for the standard matt finish.

#38
managed to get the rear calipers off today and it was not the fight that I was expecting. It looks like they were rebuilt at some point and there is evidence of a stalled restoration, the diff, springs and the exhaust have all been painted.

will let the photos do the talking. many ways to remove the calipers. I never have any problem doing them with the disc left in place. This took me 20-30mins and just under an hour all in including jacking the car up and get set up. 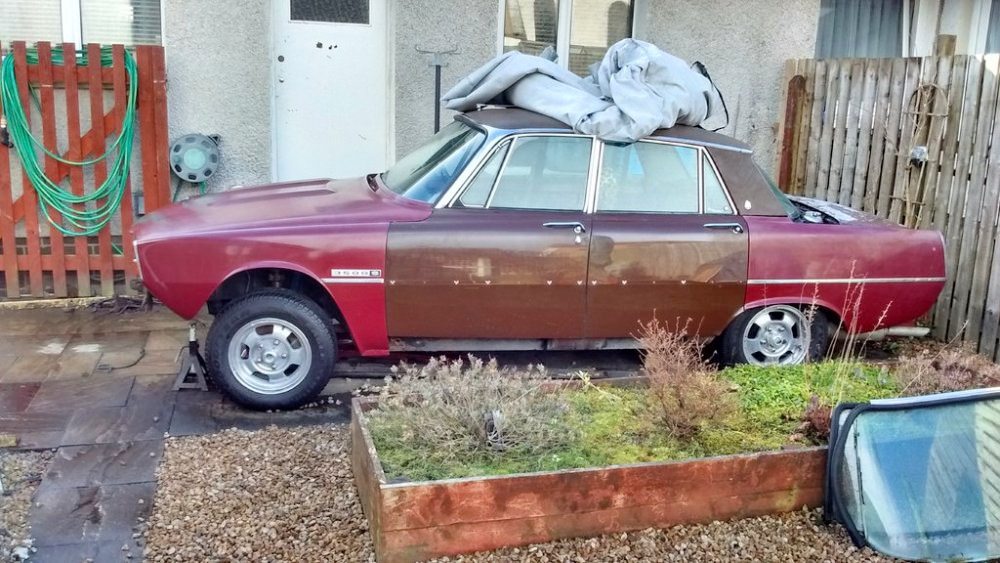 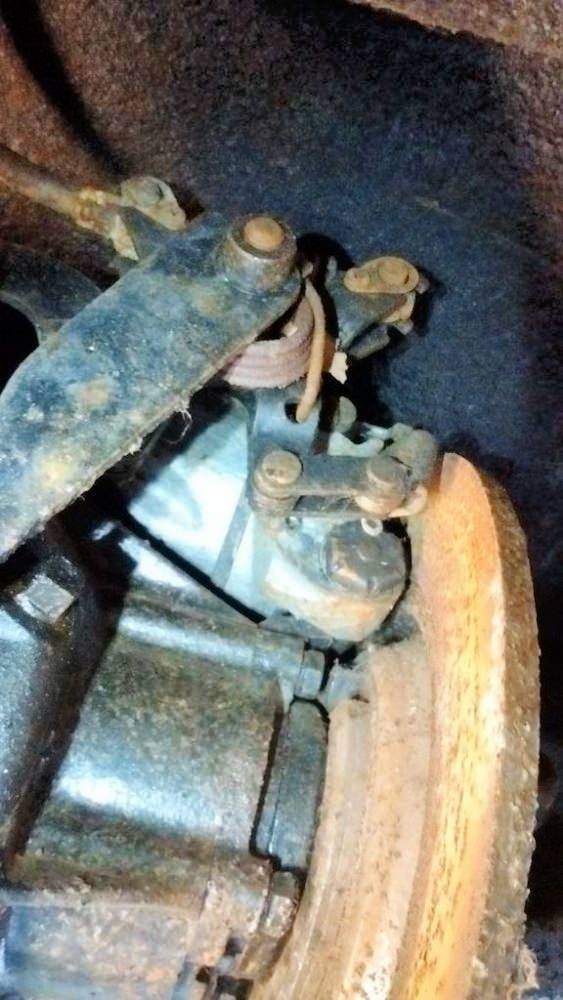 pop the pins out and moved the handbrake cable out of the way. 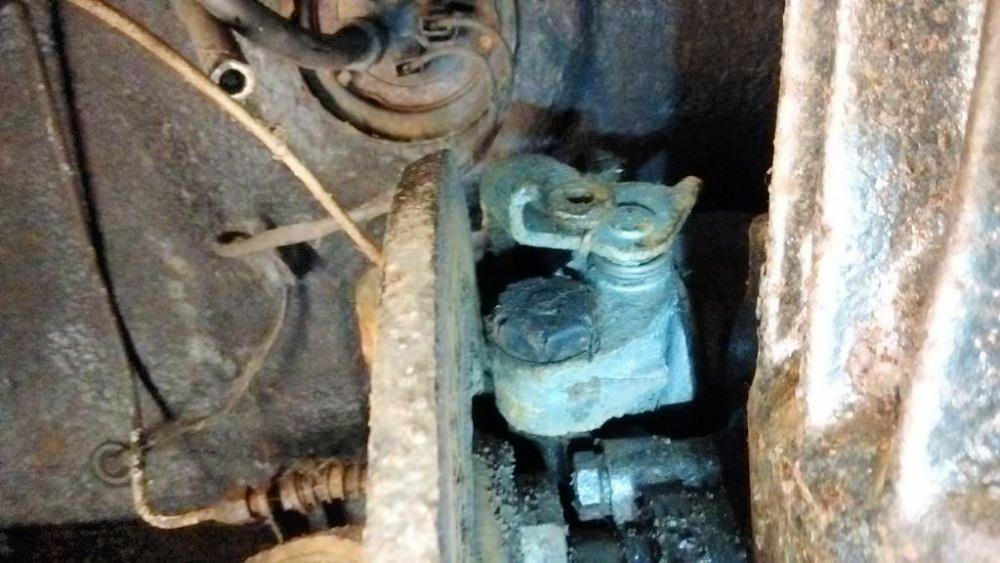 Gives access to get a socket on the cover bolt. 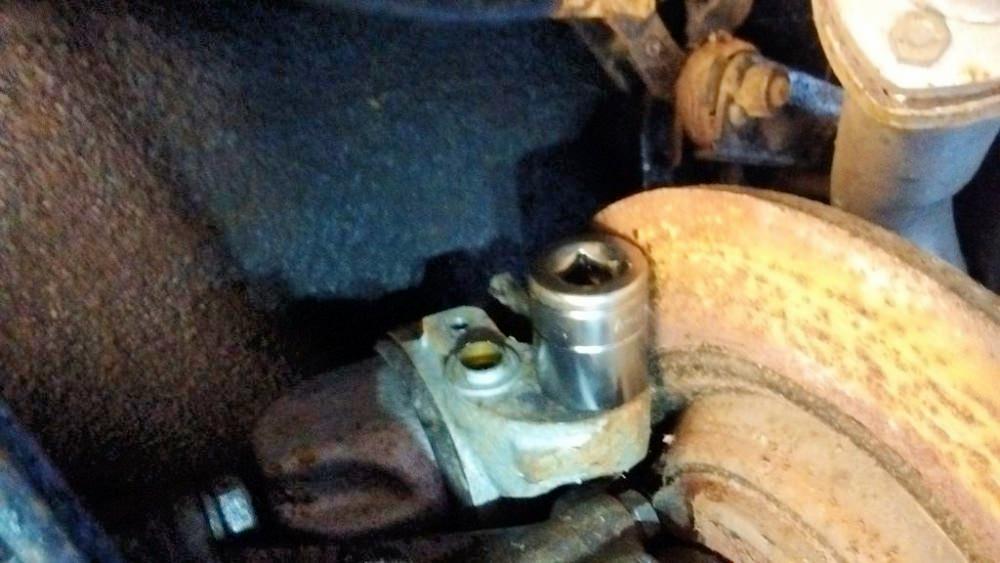 Remove the pin so you can remove the handbrake lever, be aware that there is a piston that can fall out. 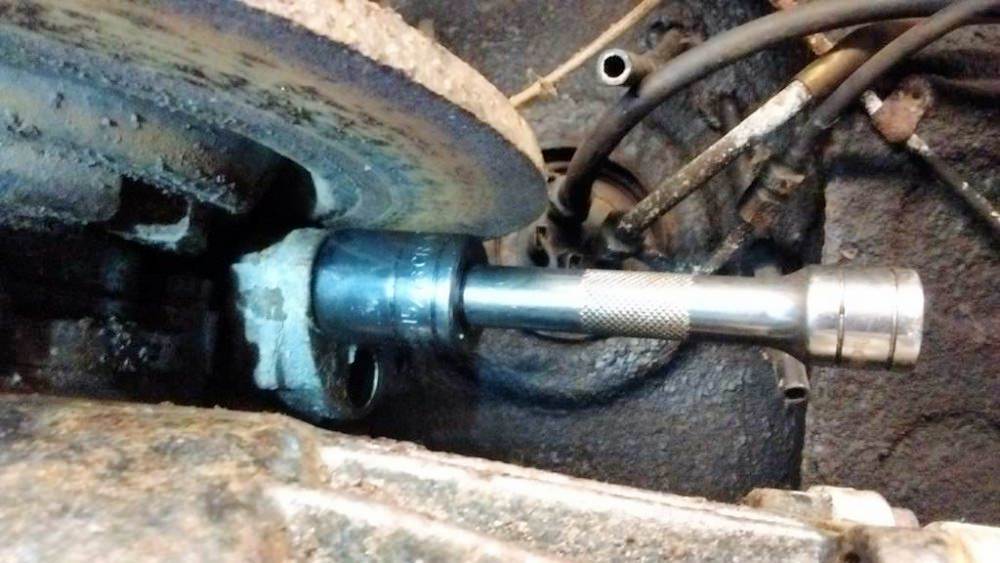 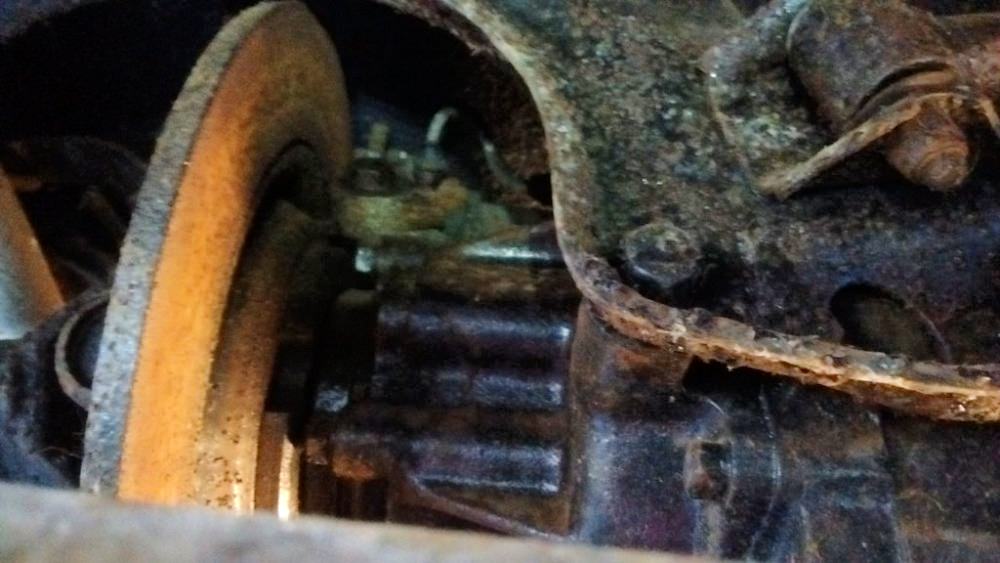 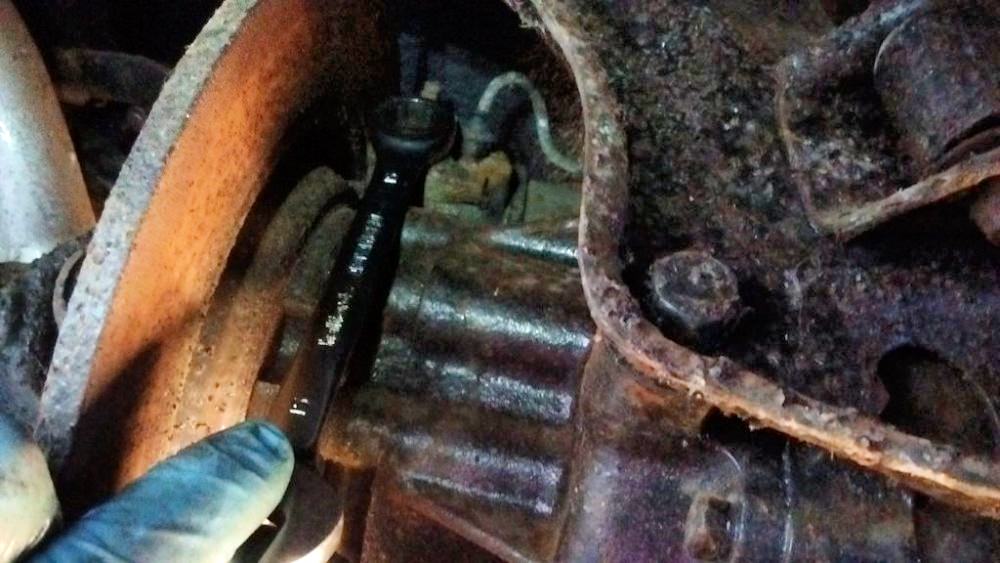 Get a spanner on this bot and allen key on the other side and remove the pivot bolt. 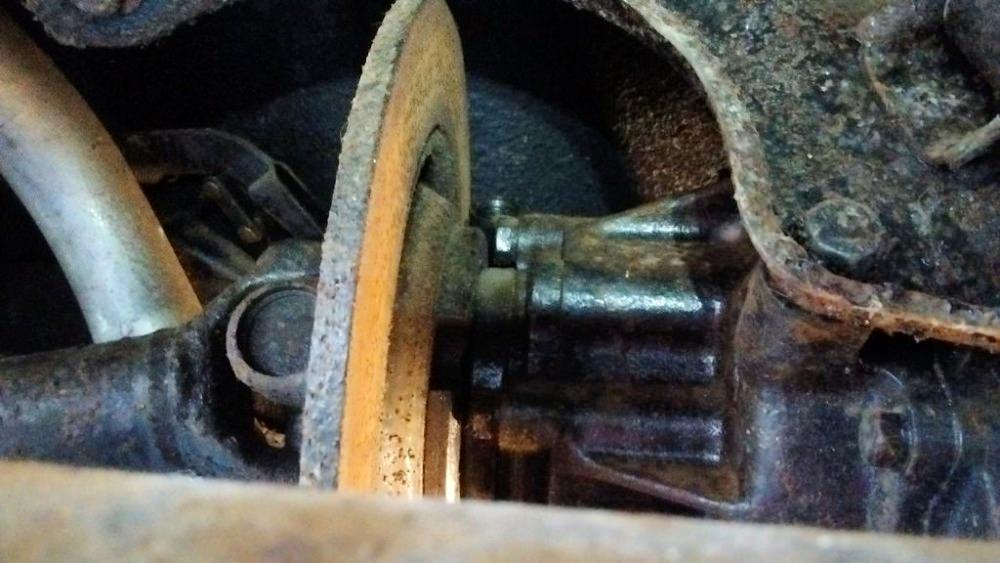 The slip the caliper out of the way, I took the outer pad off of this one to make it easier.

It was them just a case of removing the flexi hose and swing them off the exhaust side. 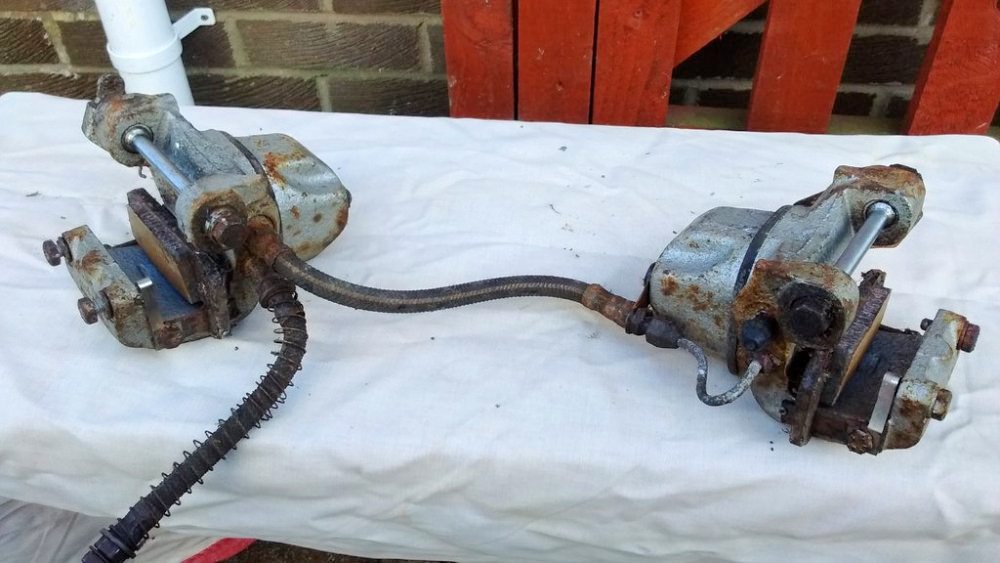 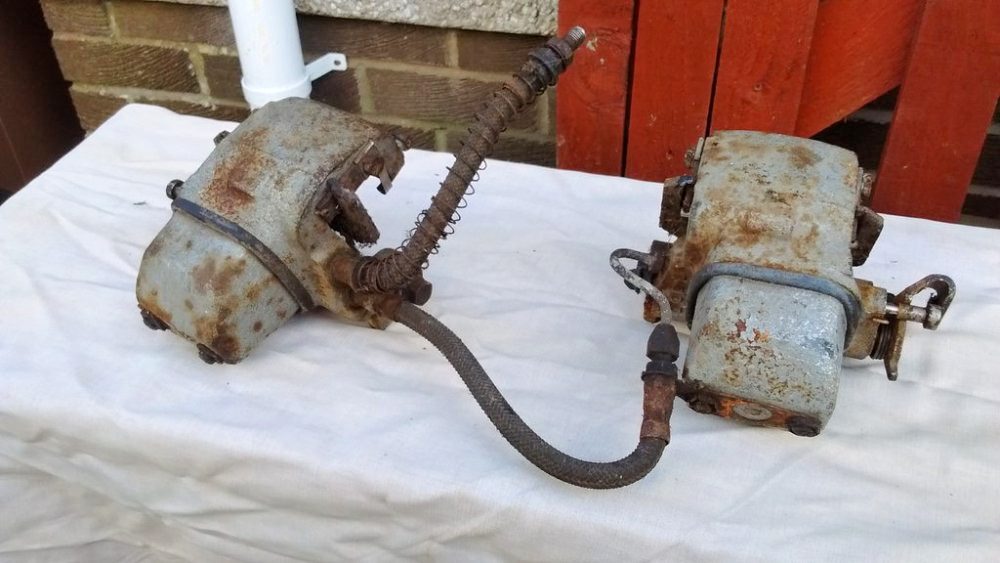 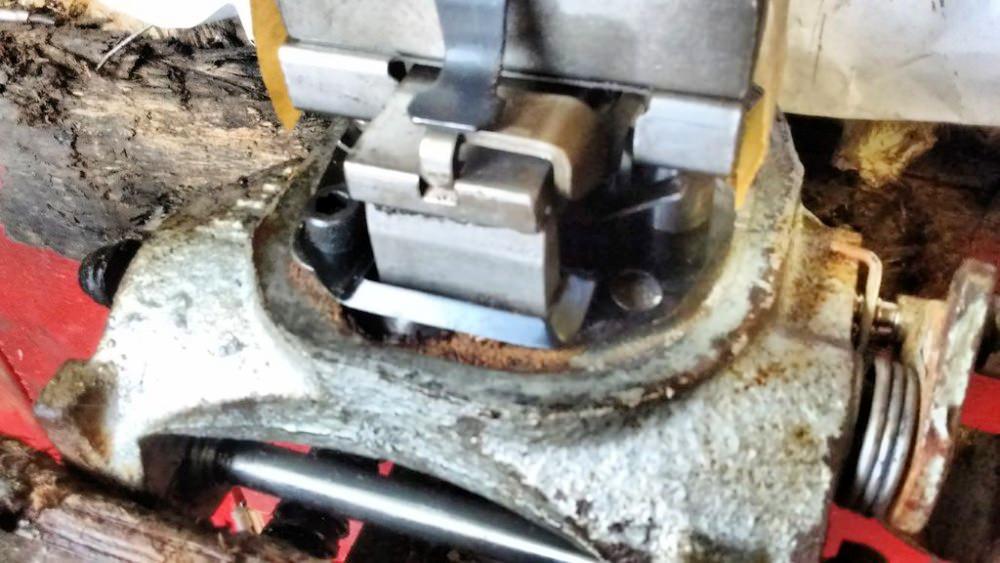 All packed up and ready to go off for a refurb now along with the other hydraulics. 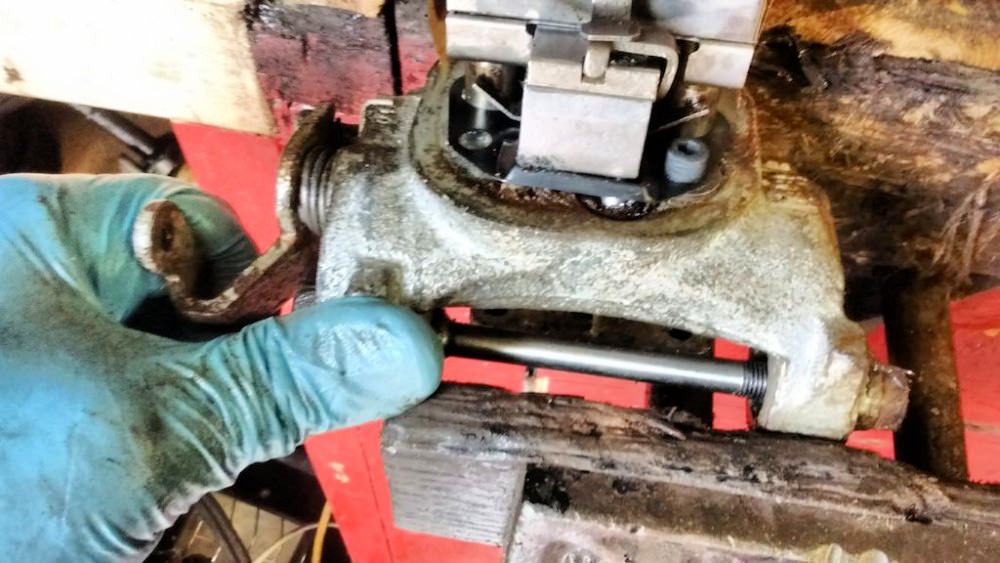 So rear calipers once you have done them a few times arent hard. I did this with the rear wheels on standard drive on ramps and then I jack the rear up to lift the body a bit to give a bit more room to work.

Refitting will be the other method, the disc need replaced or skimmed due to pitting so will take them off anyway
Last edited: Mar 3, 2019

#39
I tried to make a video to show people how the mechanism works.

Sorry for the poor quality, will try edit at some point.


I was trying to show how the handbrake and hydraulics operate the mechanic bits. I am operating the handbrake lever and you can see the parts that move. I did try to get the ratchet moving but poor lighting.
Last edited: Mar 20, 2017 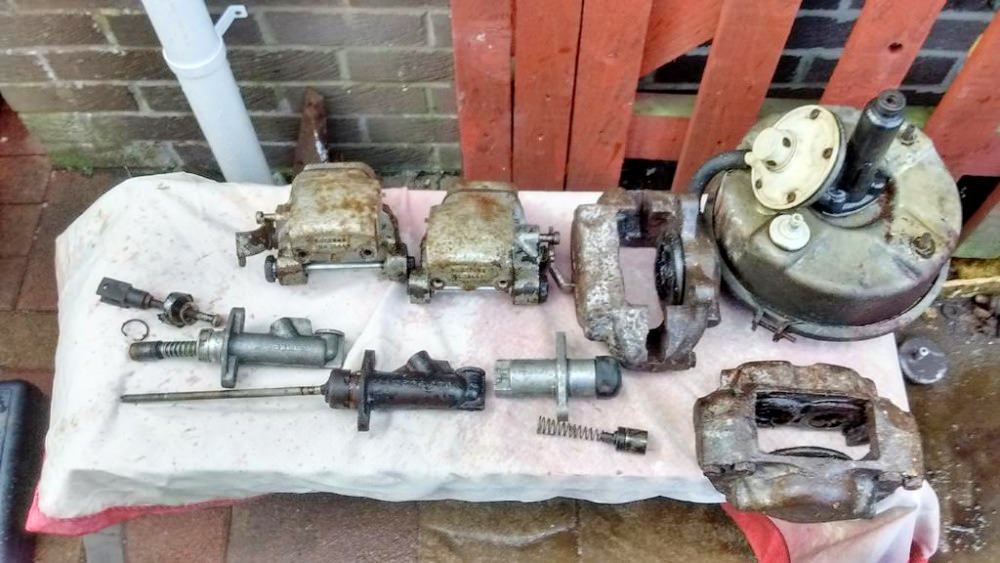 All the hydraulics ready to go, I am going to have slave and master cylinders sleeved in stainless steel. The slave an master cylinders are available new but I dont really rate them and I also want to have the peace of mind knowing I have the stainless sleeves. Especially seeing how awkward it is to replace master cylinders, it isnt a job you want to do in a year or two again.
Last edited: Mar 3, 2019
You must log in or register to reply here.
Share: Facebook Twitter Google+ Reddit Pinterest Tumblr WhatsApp Email Link
Top