#1
Sold out of desperation of losing my parking in 1994. Wish I still had her.. She was lovely.

Staff member
#2
love these (well the look of them - never been in one!)
B

I loved that car, and have been trying (unsuccessfully) to track it down. I sold her to a "MK1 Granada specialist" who was going to return it to concourse condition, but I suspect it ended up on a banger track somewhere. I sold it at a time when you virtually couldn't give them away. The fuel prices were just beginning to go up, and I had to commute 180 miles round trip each day, so sold it for a song after storing it over one winter in a damp garage. which I was about to lose. The MOT had run out, and the interior had gone mouldy with the damp. I was heartbroken, and this "specialist" filled me with hope, but its never been on the road since, according to the DVLA :cry:

Oh, and I was only 21 when I bought her... Try doing that nowadays and insuring it!
V

#7
There was one at local show on Sunday, but an R reg. 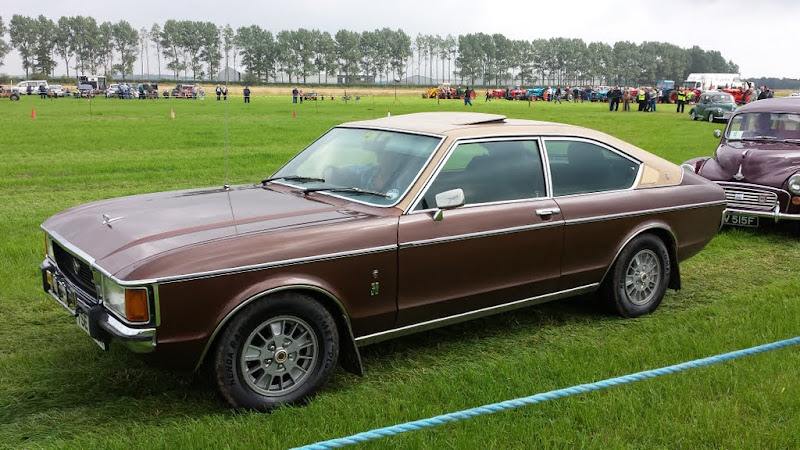 #9
I saw one in what I can only describe as almond yellow here in Berlin yesterday. Not a common sight.
W

#12
...and the rust; the 18mpg if driven lightly (by a 21yr old?!); the play in the steering; the inability to reverse up any sort of an incline (OK, the auto box was knackered); the headlining that unstuck itself and draped over your head at inopportune moments!

I'd still have it back though.

I always wanted a fastback Mustang when I were a young'un, but then saw one of these and wanted one instead. I did manage to get a metallic blue saloon, but never got hold of a Coupe.